“Ten thousand cads.” A weathered hand reached across the desk. The skin resembled crumpled up tissue paper. The rap sheet planted on the table read like an old Russian novel. The warm steam of the lit cigar wafted through an office congested with rusted filing cabinets and discarded husks of computer towers.

“And you want this gone-”

“By sunset, yes.” The rotund geezer sat back in what he assumed to be an upholstered velvet chair. I sat back and pretended to contemplate the offer, knowing damn well I was going to take the job. I needed it. The heart medicine’s price had skyrocketed. I had to start halving pills to keep up with the work.

I didn’t tell him any of that. Pretending was very important in my line of work. There was a thin dotted line between professionalism and bullshit and I had bullshitted my way to being the best professional freelance code cracker the city had ever seen.

“Alright, let’s begin.” I hunkered down in front of the old terminal and re-calibrated the settings. The white text interface purred to life in the shimmering glow of ancient cathode tubes. The new inter-lined databases of the Central Authority were designed to regulate on 256 bit architecture. With the last decommissions of 32 bit system boards done in the early 2050s, there weren’t too many security systems designed to protect against it.

It wasn’t easy to get the old rig online. I’d daisy chained virtual machine layers through remote terminals running on after-market VPNs. The connection was nigh unresponsive, but the result was an untraceable backdoor that ran on parallel with the deepest security systems in the city. With a few slow clicks, I could plum the depths of the city’s police department with CURL traces like a digital phantom and disconnect with the speed of hanging up a phone.

The rustic clack of the keyboard triggered a dim flush of dopamine. I was a junkie for the rush. The flood of chemicals that rushed through my fried neurons was the last reminder of being alive. The easy part was the entry. I’d punched a back orifice through a telnet that should’ve been decommissioned decades ago. A moment later and the familiar flash of the command line interface came into view.

I worked my way through the option menus with a series of measured keystrokes. They hadn't updated the ciphers since I'd started diving in, meaning that most of this was muscle memory. The first layers were standard fare; informational sub-systems that served as window dressing for end users. Most of it was graphic driven, parsed into long soupy lines of metadata tags.

I'd penetrated through the last fluff page when I noticed it. The small lines of text embedded itself inside the comment fields, invisible to the untrained eye. Tracer. I must’ve picked up the bot somewhere on the second layer. That was sloppy. A quick scrub and it would flake off. I faltered.

“Nothing. Just a small set back.”

If you called a tracer that just alarmed a handful of seek-and-destroy black ICE protocols a minor set back. That was like calling a .44 magnum round to the chest a minor set back. I sucked in air, steeled myself and faked a crocodile smile.

Electric dread surged through my nerves. My fingers curled over the keys. I hunched over. It was time to go to work. There were two ways to handle anxiety as a code runner. One was to drown it in innumerable after-market drugs until the inevitable march of time and performance-enhancing molecules turned it to grape jelly. The other was to make the stress itself the drug until the body’s nervous system burned away. Lucky for my wallet, I was an anxiety junkie.

The tracer had burrowed deeper into the data stream. The lines of text were getting garbled, the handiwork of blue badge black ICE. Five minutes and the security counter-measures would trip, turning the whole computer system into a cop rave. With the built in delay of the isolation terminals, that gave me about two working minutes, tops.

Cortisol surged. Endorphins rushed. A few quick clacks and prepared scripts embedded digital smokescreens for the session. I hit the core. Meta tags suggested a facial recognition database. Almost there. A quick glance at the Joe across the desk and I plunged back in.

The scrubber programs I employed were archaic. The old 32 bit programs weren’t picked up by new systems. It was like using a rusted shovel to dig for oil, but the home-brew code wouldn’t appear in any anti-virus dictionaries. With the script kicked off, there was nothing left to do but wait in front of an open door. And the hounds were coming in.

One minute left. The tracers screamed. My old rig steamed. Keyboard input locked up. Just a little bit more. All I needed was just a bit more time. One hundred gigs of data injectors flooded the black and green terminal. Lightning shot through my heart. Skipping beats. They were tracking my IP. Left arm on fire. Just a bit more. Thirty seconds to early retirement or a life behind bars. Getting hard to breathe. Eyes were swimming.

I fell. A dull ache throbbed in the side of my skull. Vision faded. I smiled. Endless black. Erased. 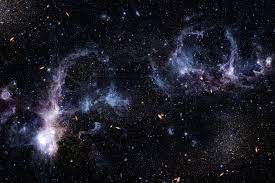